I'm starting up a new series for my blog called The Saturday Song Salute. Every Saturday (duh) I will pick a song that I feel is truly remarkable and should be heard by all. My choices will span across all genres and there will be no rhyme or reason to them. I will include a Youtube video (or some other method of listening) along with lyrics to accompany each song. Okay, enough with the opening statements, allow me to introduce my very first pick:

Today I salute Jackson Browne for his song "For Everyman", a song inspired by the friendship with David Crosby, a sailing expedition through the South Pacific, and an overall longing to escape from reality and the creation of a better life. I could set this song on repeat and listen to it all day long:

Everybody's just waiting to hear from the one
Who can give them the answers
And lead them back to that place in the warmth of the sun
Where sweet childhood still dances
Who'll come along
And hold out that strong and gentle father's hand?
Long ago I heard someone say something 'bout everyman

I'm not trying to tell you that I've seen the plan
Turn and walk away if you think I am--
But don't think too badly of one who's left holding sand
He's just another dreamer, dreaming 'bout everyman
Posted by solarjinx at 12:51 PM No comments: 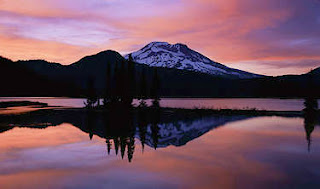 
we will recognize that steep mountain pass
as a barrier to our love, and we'll tremble,
and the distance between us will resemble
oceans of bravery conquered only by ships
and the heavens above

and love will listen from far away
as the roots of summer dig into the earth
and the stars form bouquets in the sky,
and your beautiful silence will sing out across
the desert of middle Oregon

where we will meet often, naked beneath
the sunlight. shadows will fall away,
childhood will return as we leap into a leaf-piled
romance, covered with laughter and love,
consumed by heartfelt celebration.
Posted by solarjinx at 9:42 PM No comments: 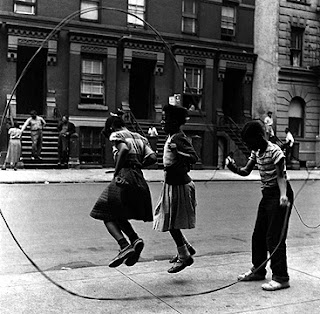 I have been distracted. Actually I'm being distracted on several fronts, but each one feels like a jump rope session on a Saturday afternoon. "Blue bells, cockle shells, easy ivy over". A group of young kids have gathered along the brick ledge of the southwestern side of the school yard again. Their lives are simple and carefree, their voices still full of that childish charm that goes missing as we get older. Times are hard everywhere else, but here on this playground time represents something so much better. I want to be part of it. I want to feel every rope skip, every kick of gravel from each sneaker as it leaves the ground. To these kids, a home doesn't represent a credit card yet. To these kids, the playground represents a lifetime of learning, and the rope is their foray into life. A perfectly timed entry is all that's needed... tap, tap, tap, tap... matching rope smacks to heartbeats before leaping in. "I like coffee, I like tea, I like the boys and the boys like me!" Then the rhythm of the world enters the soul via song, and the feet find their place on the pavement... up, down, up, down... each in succession, hopping to the chorus, tap dancing to the tempo of life. I watch the rope swoosh high through the air and come back down to the ground, creating an egg shape with every pass. I watch the girl inside the egg do a 1/4 turn with every jump: north, west, south, east. She sings along to the song, only pausing when laughter completely takes over.

It is time for me to leave now, for I have no child of my own, and this molested society has turned school yards into danger zones. Signs inform me that No Adults Without Child Accompaniment are allowed, so I turn and walk away as the tap, tap, tapping of the world's heartbeat echoes behind me and the song of our youth grows quieter with each new step I take in the opposite direction. And looming just ahead of me, a different kind of playground: flattened earth paved over and filled with stacked layers of concrete and steel; skyscrapers that extend toward heaven like a green mile smile. The bellies of clouds pierced by their far reaching rooftops, antennas project their agendas across the sky like invisible ink. This is the playground built by/for adults, with signs posted everywhere reminding me that my wallet has replaced my jump rope, and that a new song is now being sung. 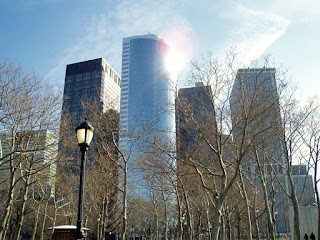