Alison tilted her head back and held the dropper steadily above her left eye as she pumped the gas pedal repeatedly to keep the car she was sitting in from stalling. The revving motor created a gentle sway to which she timed perfectly with each squeeze of the hollow rubber handle. She seldom missed. After applying several drops to each eye, Alison screwed the dropper back into its glass port and returned it to her purse. Using the rear view mirror, she dabbed her eyes with a small swath of tissue. She noticed Shawn standing across the parking lot, on the sidewalk hugging the building, sheltered from the drizzling rain by an overhang that ran the entire length. His arms were outstretched, pumping up and down, and looked as though he were comparing the weight of two imaginary objects.  He was mouthing something in her direction. She cracked her window.
"Leeeet's go, already!" "C'mon, let's gooooooo!"
He stopped yelling long enough to snatch a smoke from his inside pocket, light it and take a drag, before resuming his verbal commands. Alison watched his dumb ass for a moment longer before finally killing the car's ignition. The gas needle left the 1/4 mark and disappeared beneath the horizon. She checked her eyes one last time in the rear view, grabbed her purse, and made a b-line to where Shawn was standing.
"Hey, fuck face," she said, "why you gotta be so rambunctious?"
Shawn took a drag and exhaled slowly. "S'bout time! I been waiting in the rain here forever, fool."
Alison peered through the mostly empty parking lot. She looked back at Shawn and noticed a strange stretch across his face. It was like it was never there before, but she couldn't be too sure.
"You're a goddamn liar, Shawn."
"Whatever, come on, let's get a drink already."
They walked past several storefronts until they reached Jerico's Bar. Alison stopped to clean her boot bottoms on the rubber mat and reached for Shawn's shoulder for balance, but he opened the door and disappeared inside without hesitation.
"Shit head!" she called out to him as she reached for the door frame instead.
Inside, Shawn was already seated at the bar and waiting for his first beer. Alison slid into the stool next to him.
"You order one for me?" she asked. Shawn shook his head no. "Asshole," mumbled Alison as she motioned towards the bartender. "A whiskey, please. Neat."
The whiskey appeared before her and was placed onto a napkin. It came equipped with a little green stir stick.
"What the fuck do I need a stir stick for?" she asked aloud in no specific direction. The bartender had already moved away. Shawn looked over and shrugged.
"Maybe to prop open your pussy later?"
Alison sneered. "What does that even mean anyway? You make no sense, Shawn. None." She stirred her whiskey and took a hit. "Hey, how are my eyes?"
"A BEER, sir! Can I get that beer already?!" Shawn yelled across the bar. Embarrassed, the bartender hurried over to the tap, poured a PBR and rushed to where they were sitting. He set the pint down on a coaster causing some to spill over and run down the glass. "My apologies, I completely forgot. I'm truly sorry," he said before wiping the spill with a cloth and walking away.
Shawn took a long pull of the cold beer. Alison sat and watched. His adam's apple bounced and lurched with every gulp and his throat looked as though it were writhing in pain. He set the beer down half full and belched.
"Um, nice. So, how are my eyes, pig?" Shawn looked at her.
"What do you want me to say? For fuck's sake, I dunno... they look like... eyes," he said while flipping his hands out to the sides. "Besides, I'm hungry. We should order food too," he added and started looking for a menu.
Alison griped a few choice words as she stood up and slid out behind the tall, wooden stool. She reached in and took another sip of whiskey, this time removing the mini straw and placing it along the edge of the napkin.
"If you'll excuse me, I'm going to the bathroom. I'll check my own eyes, thank you very much." She started walking down the length of the bar, stopping when she noticed a stack of menus. She grabbed one and slid it down to Shawn. "Order me a fucking steak and prawn, would ya?"
Shawn reached for the menu and nodded.

He sat outside in his car smoking a cigarette and watched as the drizzling rain collected on his windshield and formed a dizzying, opaque shield between him and the outside world. His head still reared from all the alcohol and his mind was numb from disbelief. His cell phone beeped and vibrated several times in the empty seat next to him. He flicked his cigarette, rolled up the window and retrieved the phone. The first text was from mom asking where they were at and if they were coming home for dinner. The second text was from Jenny asking if he was with Alison. A third text from Jenny asking why Alison wasn't answering her phone followed by another text demanding her whereabouts and that he call or text her immediately. Shawn tossed the phone back into the seat and rubbed his face with his hands. He leaned his head back and wondered some of the same things his mother and Jenny were wondering. He knew only a little more than they did. He had texted Alison a few times over the past few hours, but no response. He was already way past the point of worry; he was downright scared now. His kid sister had jumped on a grenade for him, but why? Why would she do that? And what could he possibly tell his mom and sister's fiance about Alison's sudden lack in communication? This was bad... really bad. He cracked the window and fired up another smoke. His trembling hands made the simple task annoying.
"Where are you, sis?" he said aloud. "Why on earth did you go with him?"
The realization that he basically abandoned his sister and left her in the arms of a drunk, horny man, suddenly struck Shawn hard. He felt sick and tormented at the thought of what she might be experiencing. She had never even been with a man before. She came out of the closet in her teens and had been with girls ever since, never a boy. And now, because of his stupid endeavors, little Alison was who-knows-where doing who-knows-what with you-know-who. Yanking the door open quickly, Shawn leaned out and started throwing up. After finishing he closed his door and wiped his mouth with his jacket. He picked up his phone and tried calling Alison one more time, but was interrupted by an incoming text message. It was from an unknown number and all it said was, "Fucking karma, I swear." 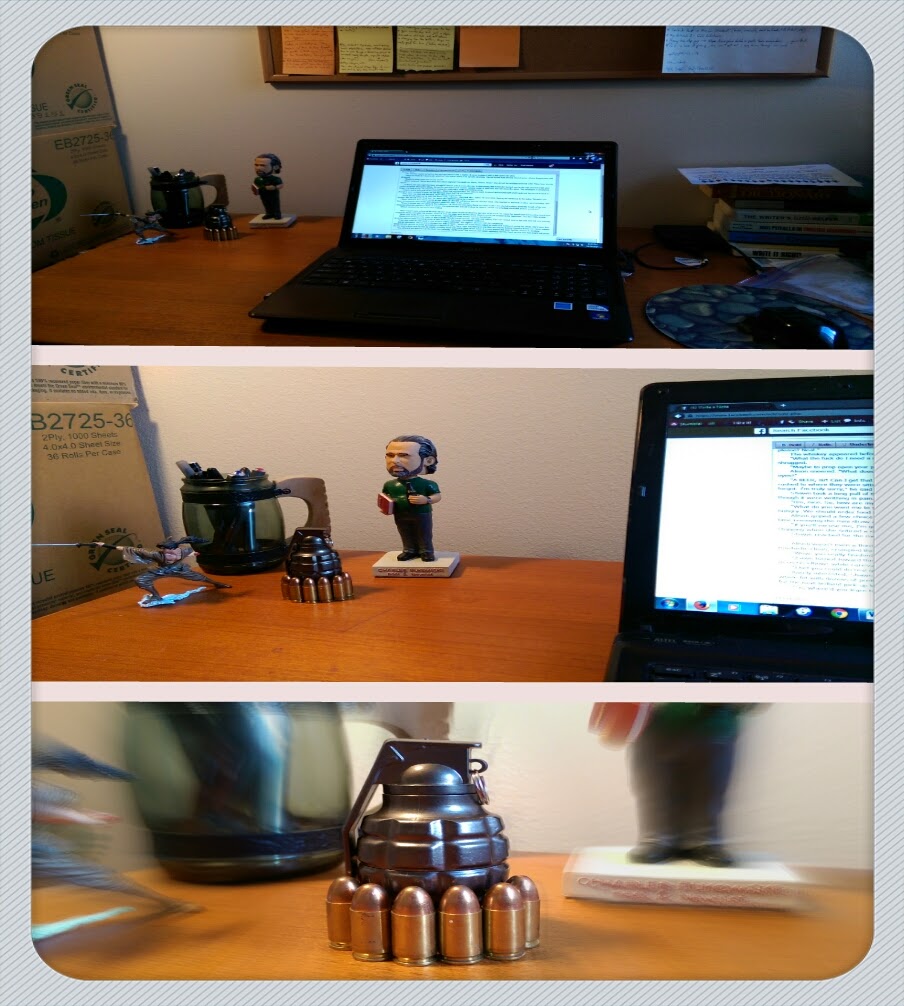